The future of intelligent residential lighting 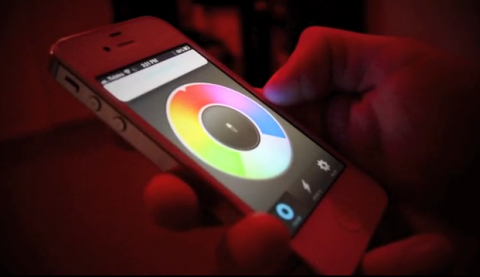 This excellent article titled, "Are smart bulbs the next bright idea in energy efficiency" in Midwest Energy News discusses the future of residential lighting control.  Some of the products discussed:

It could have also mentioned the Insteon LED bulb.

"The Spark Socket is among a wave of new “smart bulb” products that are about to hit the market. The devices promise to give customers better control over their lighting, as well as more information about their electricity use.

But are they more than cool gadgets? Could they help people save energy and money, as some claim they will?

From start-ups like Spark to tech giants Apple and Google, several companies are betting there’s going to be a market for a better light switch, and some are proving that demand already exists.

In September, a San Francisco inventor raised $1.3 million in a Kickstarter campaign for LIFX, a Wi-Fi-enabled LED light bulb that’s controlled from a smartphone app. More than 9,000 people pledged a minimum of $69 for one of the bulbs.

Google also announced last year that it was collaborating with Florida-based Lighting Science Group on an Android-app-controlled LED bulb, and another company, GreenWave Reality, says it’s working on a $20 smart bulb."

As much as I want to believe that consumers will adopt intelligent lighting control, I can't help but wonder if it isn't just the novelty that consumers want, not the energy savings capability.  To be truly transformative, I believe lighting controls will have to be wrapped in a total home automation platform that includes security and energy savings of all the home's systems.

What do you think?